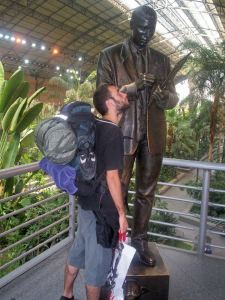 PedroL is a world citizen. Borned in Lisbon (Portugal), he has been travelling everywhere in the last 30-something years to collect stories. Stories of people and literature. Stories told through pictures and reports. Stories dreamed by nonsense and music.

PedroL graduated in ‘communication’ and is a freelancer writer. As journalist he writes stories about priests and freaks, cities and communities, traditions and new trends. Under the pseudonymous Mário C. Brum, PedroL has created a literary world where surrealism meets fantasy and unlimited creativity (cof cof!).

PedroL speaks portuguese, english and spanish. Interested in slavic languages, he understands some basic russian, macedonian and bulgarian. Last 2010, PedroL had the chance to live for some months in Skopje (Macedonia). Together with other fellow europeans, he worked in a local youth organization, plunging in a vibrant and diverse society.

To collect his stories, PedroL wandered (as pilgrim) in Beijing, Chernobyl, Rovaniemi, Chișinău and Brasov, among many other places. In the near future, PedroL plans to take inspiration in the streets of Montevideo, in Reykjavik´s coldness and dancing hand in hand with Tbilissians. Meanwhile, he works in a hostel in the city center of Lisbon.

In this ever-more-globalized-world, internet became the primary tool and World Wide PedroL was created for the author present his work, not only in Portugal or in the UK but also in Guatemala, in Kyrgystan, in here, in there.

World Wide PedroL is a work-in-progress portfolio, focused to readers from all over the world and composed by journalistic articles, travel chronicles, photo essays and whatever.

In his innocence (by one side) and in his show-off (by another), PedroL believes this project will help him to transmit, recognize and perceive the richness of different cultures. And maybe in finding his place in the world. Maybe indeed.

invite PedroL for a story: world.wide.pedrol@gmail.com 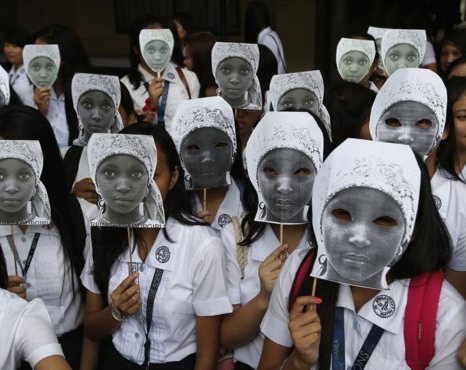 you will love these posts too:

one day in a paradise named Porvoo

discovering the richness of Singapore